A Woman of Valor- Beauty Revived 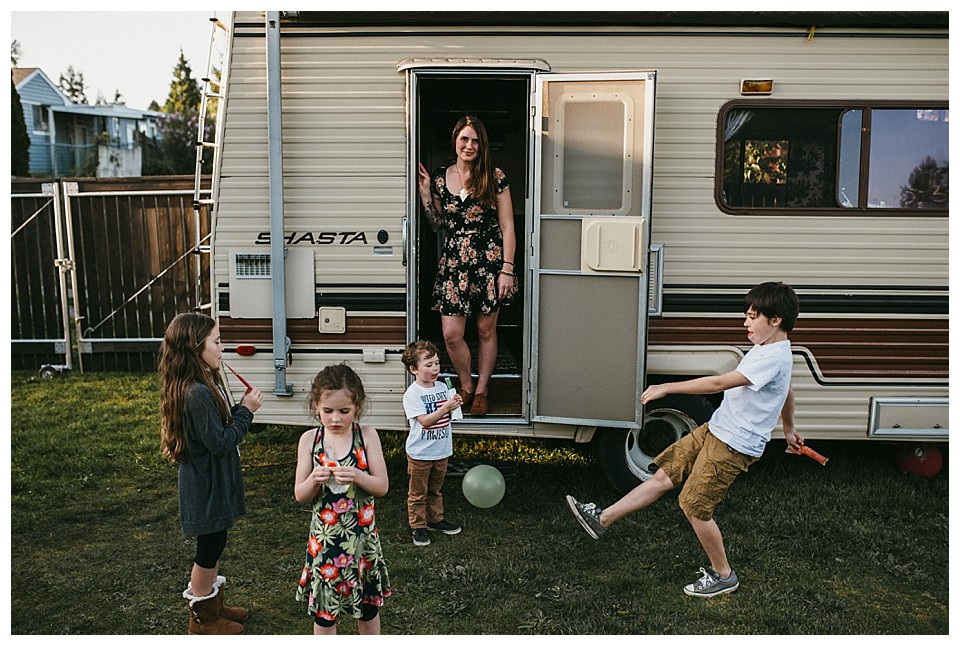 Seeing as it’s almost Mother’s Day, I wanted to share a project I’m very excited about and honored to be a part of.  Beauty Revived came out of a desire to take back the ideals of beauty preached from the covers of the glossy mags. Fifty photographers were chosen from all over the country to photograph the most beautiful women they know, or put a call out for nominations. We’re not talking about mere external beauty. The stories of these women speak to a deep internal beauty of character, often in the face of great struggle or deep loss. I’m thrilled that I got to make portraits of my friend Tarah. I will tell more of her story below, after the pictures, but first a few thoughts about motherhood/ womanhood.

There is a passage of Scripture in the Bible that can be read as a poem of celebration of female energy and creativity. Often, however, it gets subtlely twisted into a standard we are expected to measure up to, a prescription for how we are to live.  In this case, the woman described in it’s text looms large and perfected, a veritable ancient Martha Stewart. If you have been a part of Christian culture, you may have met her as well, this Proverbs 31 Woman who wakes before dawn, knits garments for her household, deals in real estate, praises her husband, and oversees a large staff, among other things.  It was never intended to be used as a measuring rod or job description. The passage is a poem passed on from a royal mother to her son, extolling the virtues of a noble wife.

In Jewish culture, it is a praise to women. Men are the ones who memorize this poem, not women. Men sing this to their wives at that sabbath table- not as a list of things they need to measure up to, but as a reminder of their worth and value, their dignity, beauty of character and grace. It is a reminder of their identity. It calls out how hard they work in their mothering, homemaking, creativity and business. It celebrates the broad influence and power that is unique to feminine nurturers, whether we are wiping noses or running business meetings.

The best translation of the first line of the poem is “A woman of VALOR, who can find.” Stylistically, it mimics the poems written about warrriors in battle. Essentially, it compares the many jobs and roles women take on to the feats of armies. And yet…. it has so often been reduced to a prescriptive picture of one single woman, a checklist of what we should all become. Old Testament scholar Ellen F. Davis says that the poem’s intention was “not to honor one particularly praise-worthy woman, but rather to underscore the central significance of women’s skilled work in a household-based economy. It will not do to make facile comparisons between the biblical figure and the suburban housewife, or alternately between her and the modern career woman.”

The most wonderful part for me is that in Hebrew culture it is used as a way for women to encourage each other. It is a blessing, eschet chayil (a valorous woman!) that women can bestow freely on each other as a way to recognize and call out the good they see in each other. Learning this brought tears to my eyes as I think about how often we as women get it wrong. Notorioulsy, women see other women succeed and, instead of lauding her accomplishment it often turns into petty jealousy or even slanderous gossip to tear her down. I want to turn that upside-down and celebrate the successes and wins of the women around me- far and wide. What if instead of rolling our eyes at someone’s perfect Pinterest project, we said “Valorous Woman! Good for you! Way to go!” How about calling out this blessing over the lives of women we know who are working hard (all of them) whether it is in their home as a mother to little people with constant demands, in a classroom, in industry, or fighting larger causes in the world. Women of Valor, all of us.

Sometimes getting dinner on the table is a freaking miracle. Valorous indeed. If we manage to get anything else done in a day (return library books on time! Go grocery shopping! Get a quote to a client! Plant a garden! Make a bed! Nap with a baby! Exercise! Drive kids all over town while trying to engage in meaningful conversation with them!) we would be greatly cheered by this blessing. Calling out the good in each other, not the perfect, is a powerful thing.

To my friends Lisa and Lissa who are caring for foster babies and foster not-so-babies- women of valor! To my friends Jamie and Ali wading through the waters of life after adoption and trying to figure out the deepest needs of these little people with broken and hearts- women of valor!  To my recently widowed mom-in-law putting one foot in front of the other trying to find a new normal in the midst of grief- Eschet chayil! To my friends Katy and Jana who are walking alongside women through the labor and birth process, recognizing the sacredness of mothering and the tender ways we need to be cared for before, during and after birth- women of valor! To the countless mamas out there who are waking to the alarm of a child’s needs, who don’t stop until well after the sun goes down, who reheat their coffee multiple times and hardly have time for a shower, much less time to dream- Women of Valor! You are doing great things that have long and lasting value. To all the mama hearts grieving miscarriage or struggling with infertility- you are seen, you are loved, you are not abandoned- eschet chayil ! No matter if your bed is made, if you’ve been making gourmet meals all week or throwing previously frozen food and carrot sticks on the table-

Happy Mother’s Day to you! 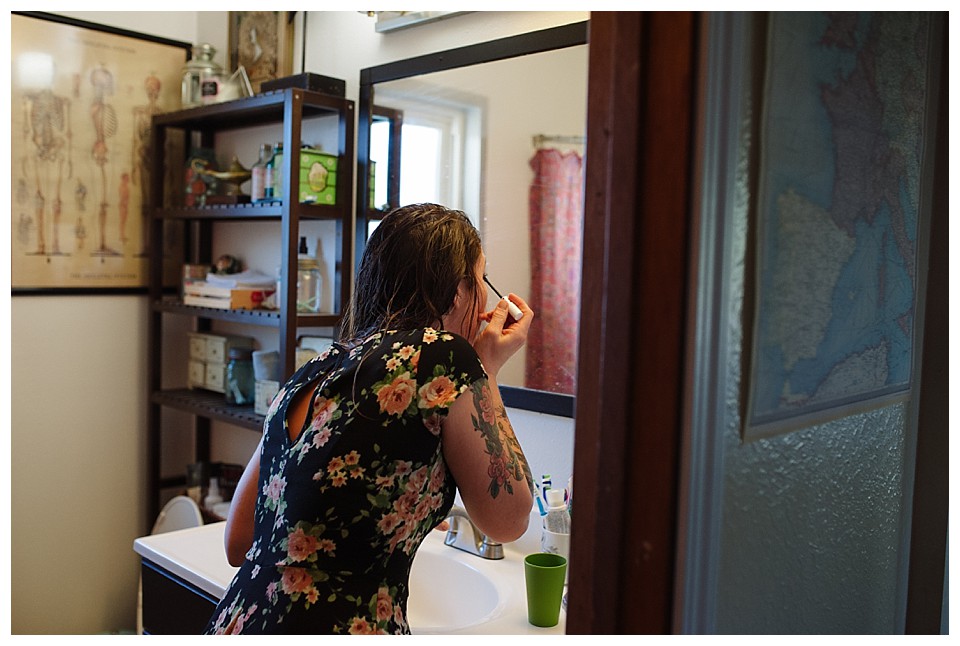 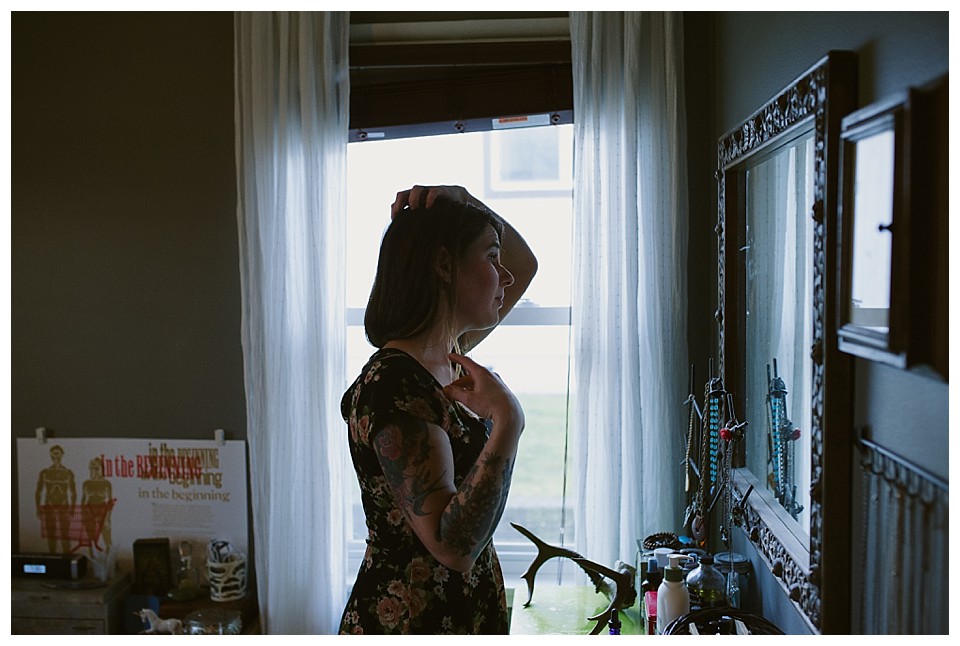 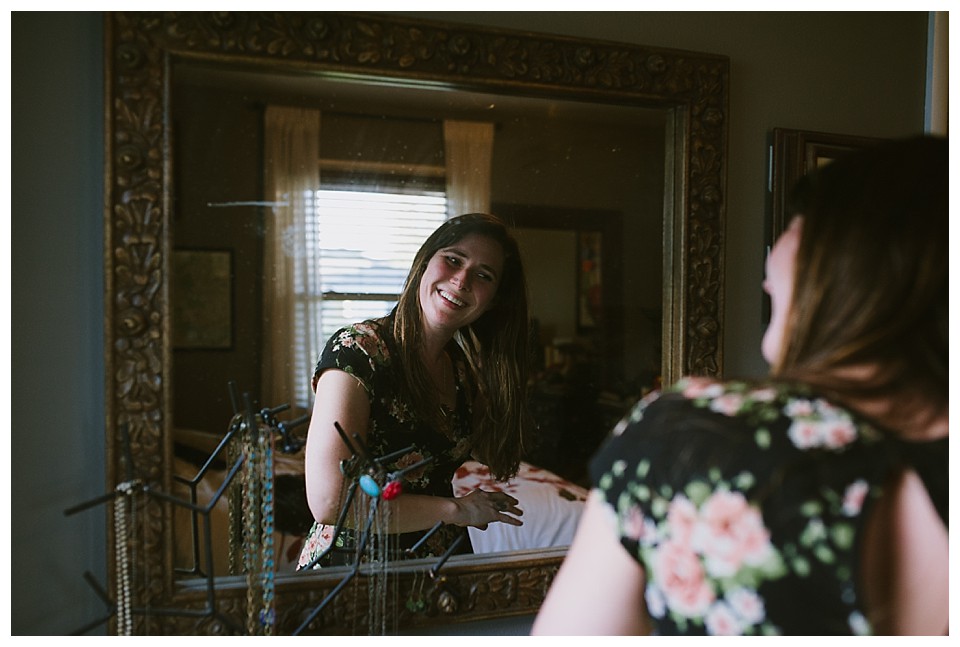 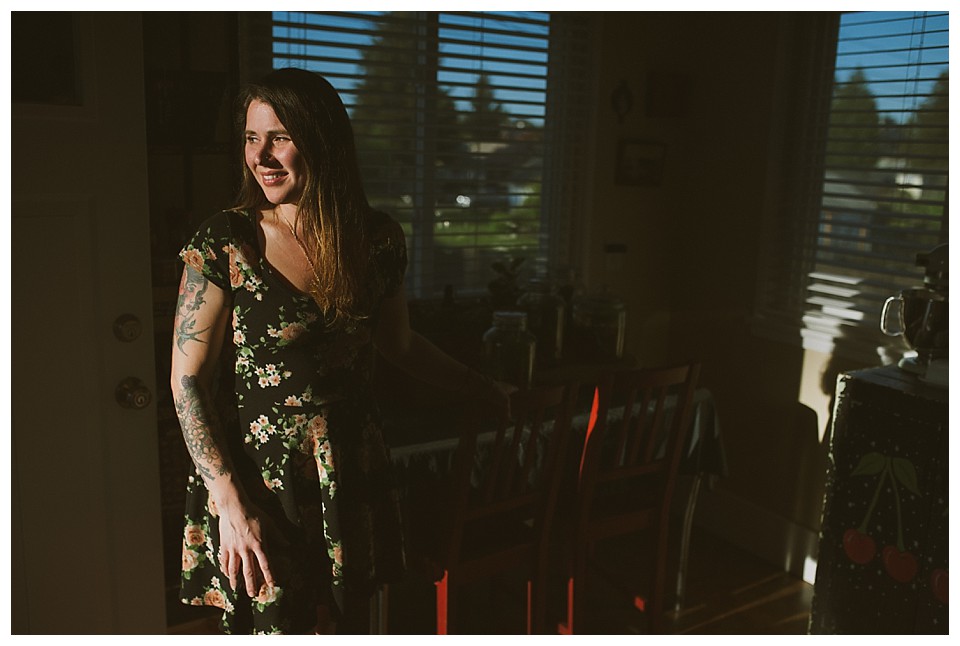 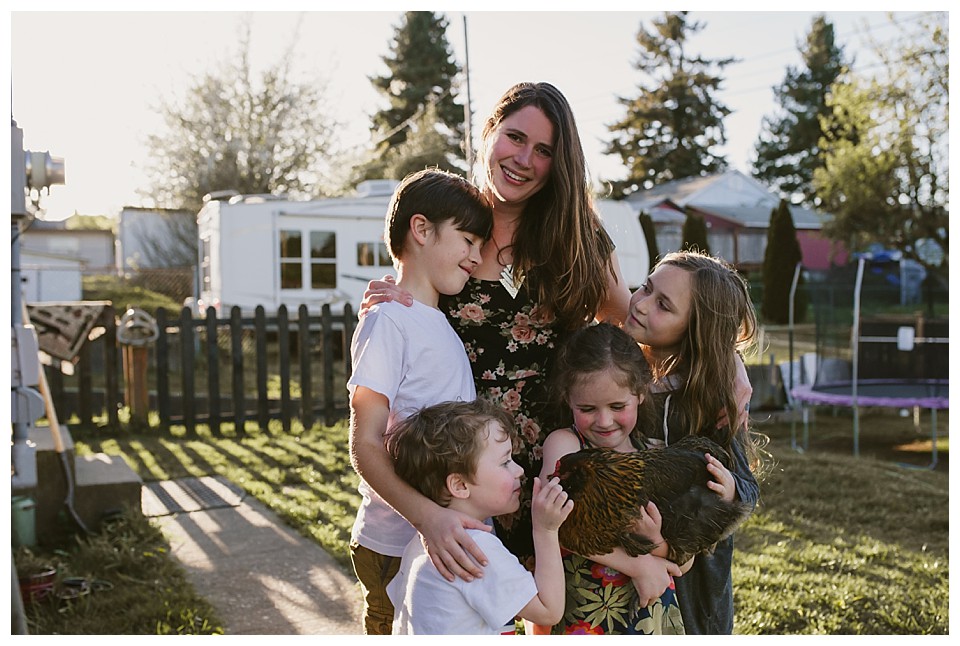 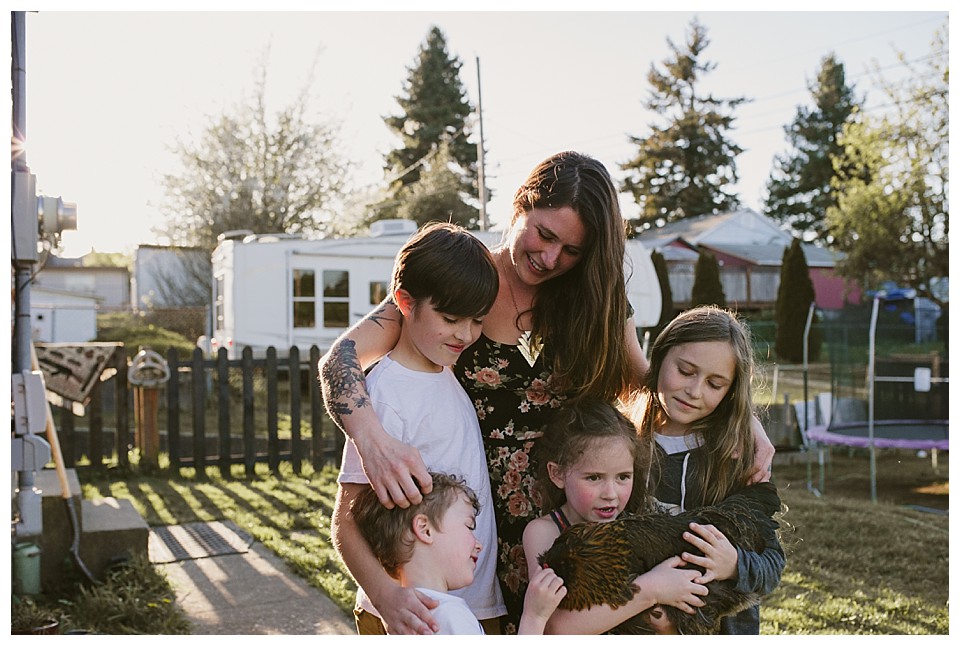 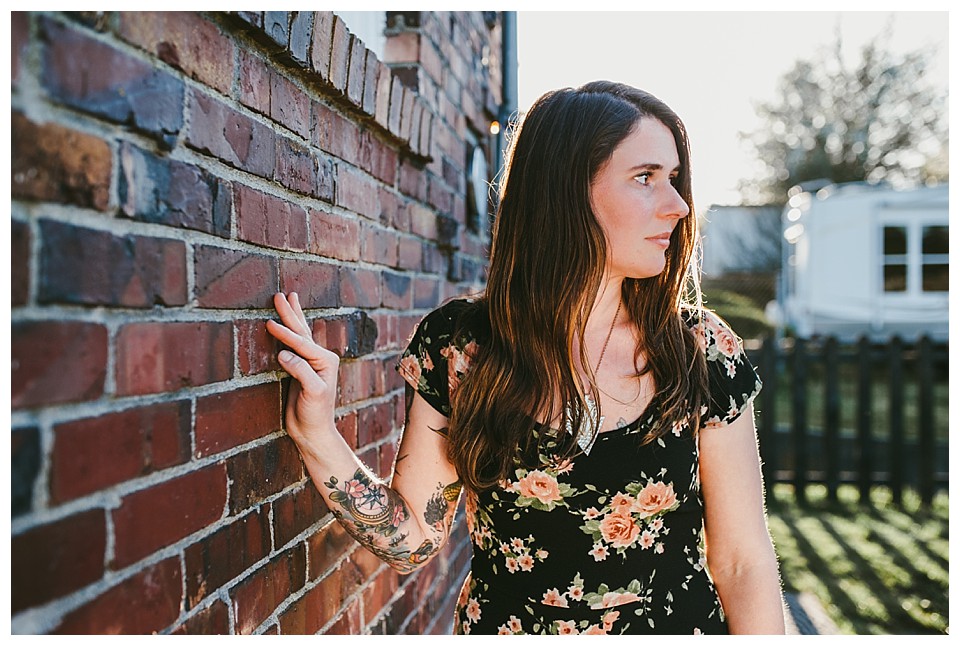 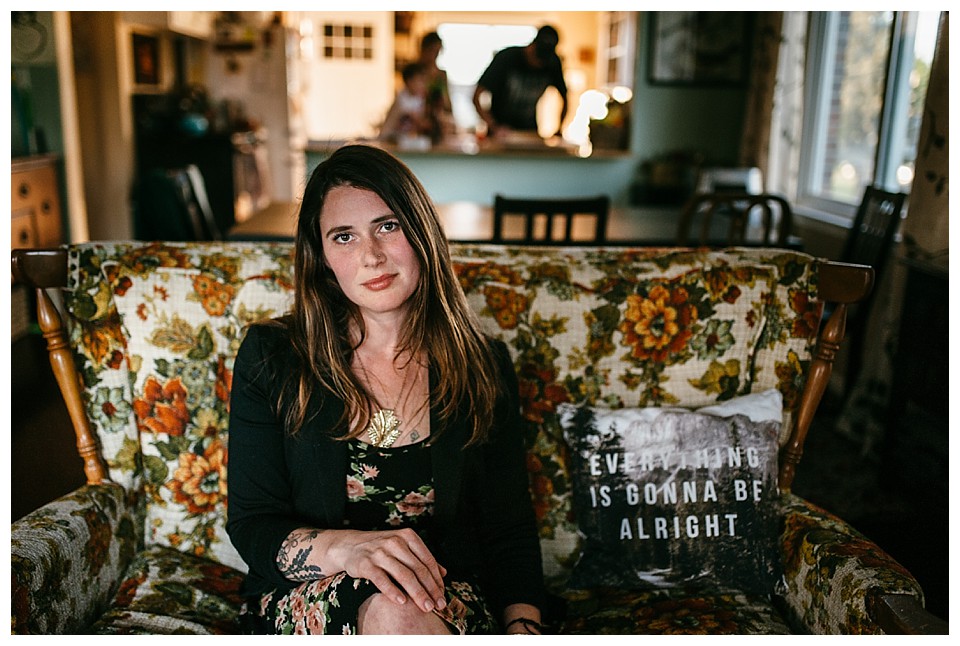 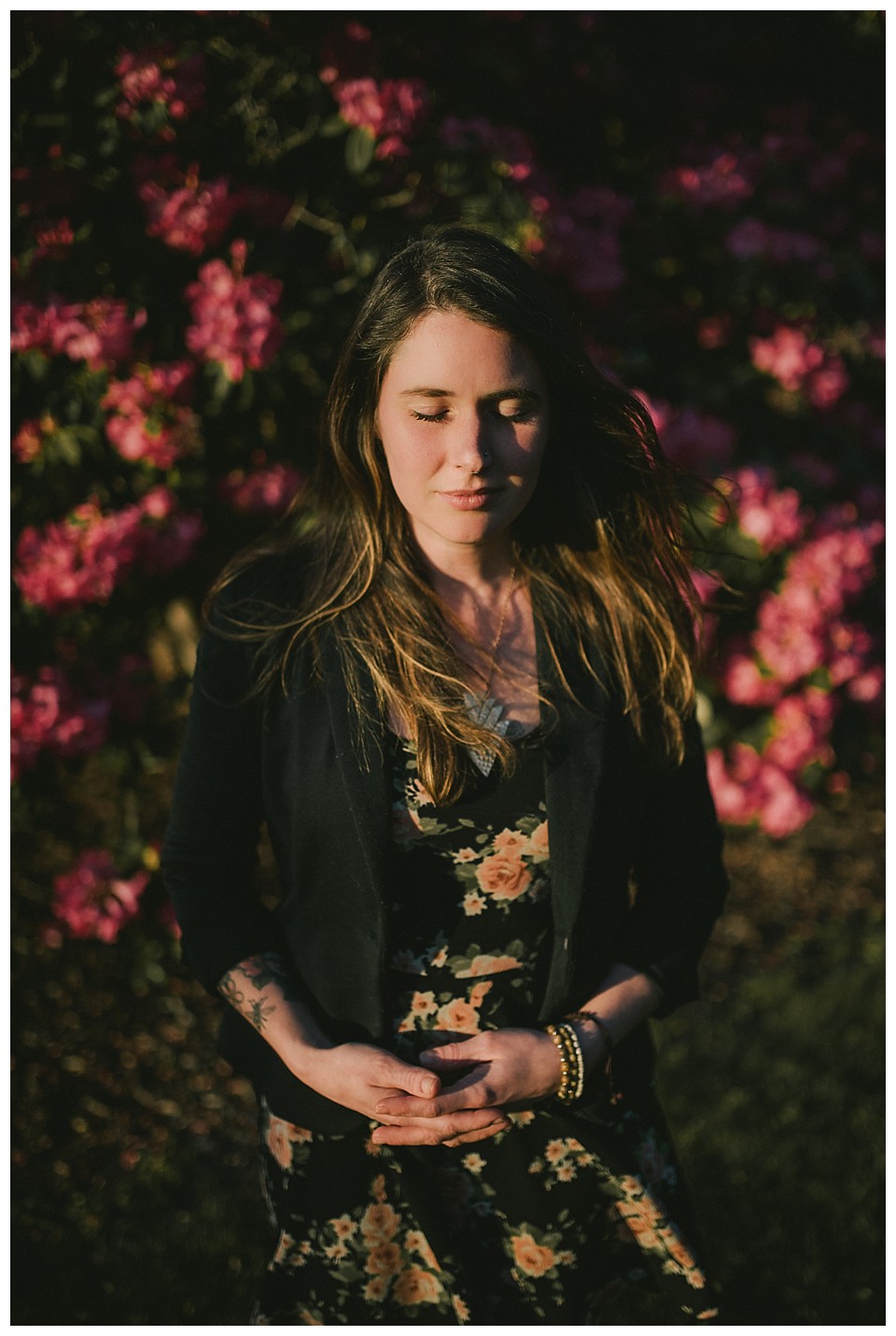 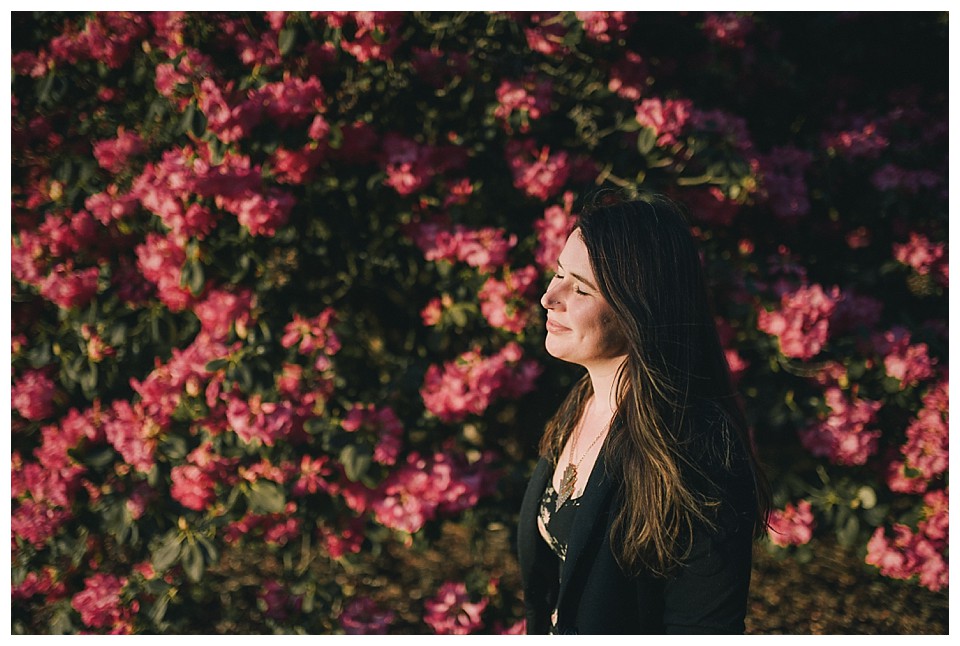 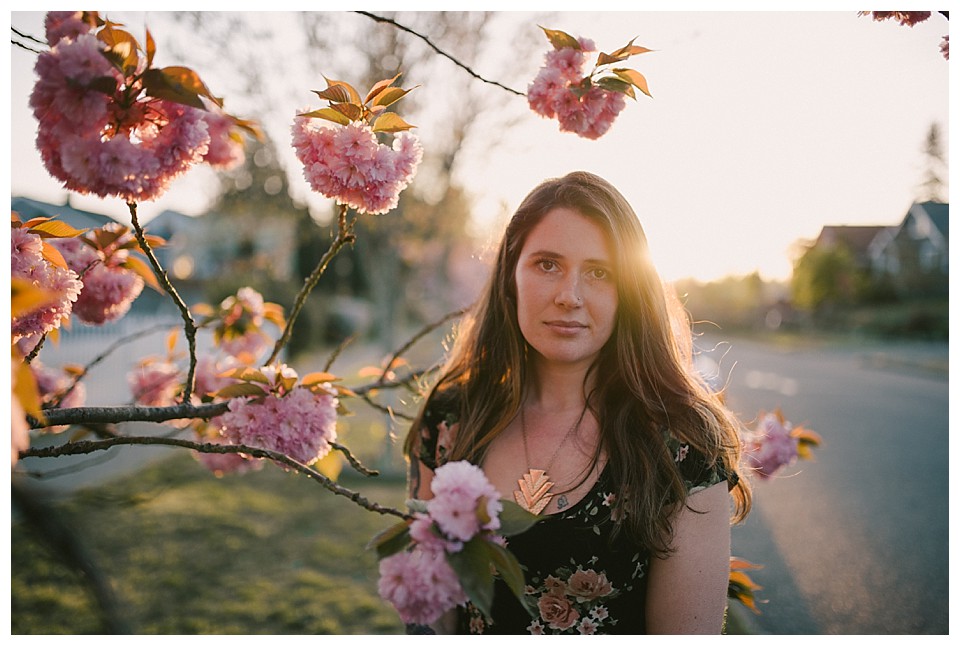 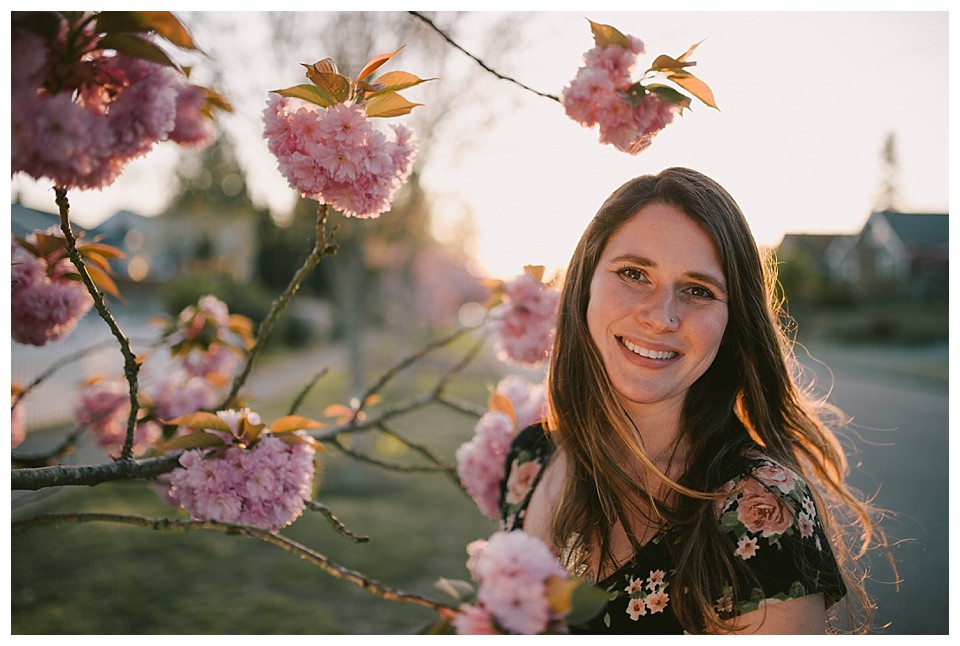 Here is Tarah’s story that will be published in the Beauty Revised magazine. You can purchase the gorgeous magazine here and read some incredibly inspiring stories of beautiful women.

Tara is one of the most beautiful women I know. She is definitely one of the strongest. When I first met her over a decade ago, she was a single mama to two little babes. She had come out of an abusive relationship and was trying to figure out how to survive on her own. Even in the midst of that hardship, I rarely heard her complain. So much of her story has been redeemed- she is currently married with four children. But it certainly hasn’t been easy. Her current husband has been deployed to war zones for almost half of their 7 year marriage.

It’s been an unconventional journey, to say the least. Every three of four months she and the kids have to say goodbye to their husband and father. While he is away, Tarah shoulders the burden of their household and tries to hold everything together. Having survived one year-long military deployment myself, I know it’s not easy emotionally or logistically. What blows me away is that even in these seasons of great need, Tarah is always looking for a way to serve others who’s needs are greater than her own. She has taken active roles in a local ministry called Network Tacoma which cares for those transitioning out of homelessness. Caring for four small people is certainly enough for a full plate, but Tarah often eagerly volunteers to serve friends and strangers alike in her community.

Another way Tarah has poured herself out in service is through a local group called Dope Church. They meet weekly at a local hotel well known for drug activity and prostitution. The group provides food and hygiene items to those in need and builds relationships week over week with people who need support transitioning out of that lifestyle. This is a picture of redemption in Tarah’s life- as a woman recovering from sexual abuse, she stretches out her hand to other women being exploited for their sexuality and femininity, offering them a taste of the freedom she is finding.

Being the mother of four young children does not leave much time to pamper oneself, or even stop to recognize what makes us feel beautiful. It was a joy to offer this photo session to Tarah as a way to remind her that she is not only a mother and wife, but a woman, a daughter of the King, a Beloved sister and friend. That because she was made in the very image of God she is worthy to be loved, worthy of time and attention, worthy of being seen and known. When we are deep in the trenches of caring for children and running a household single-handedly, it is so easy to lose sight of our identity and value.

Tarah and her family are on the brink of a whole new adventure in life. Her husband has just left again for 7 months, though this time not to a war zone. He is training for new federal job that will most likely move them away from the community she’s been a part of for her whole life. Even in the face of all this uncertainty, Tarah’s heart beats for those who she can help. She is starting a new business called Two Tunics, which will fund a ministry to help people who want to get off the streets and get clean. Tarah uses her creativity and resourcefulness to repurpose vintage finds and furniture into unique works of art.

About her new venture, Tarah says “Two Tunics started with a dream in 2012 of starting my own non profit business that would put my abilities and resources to good use and allow me to give of what I have to help others who are in need. Two Tunics began in its first form 3 years ago as a clothing bank at Network Tacoma, a non profit organization that provides temporary housing to homeless families.”

I have been with Tarah as she’s walked though some very dark circumstances. Sometimes the darkness seemed like it might overwhelm her. But even in the darkest places there is light, a glimmer of hope and Truth that she clings to. She says “It is because of the hard times that I realize the value of hope. I’ve seen some pretty dark days, but they have given me an understanding of struggle that I wouldn’t have known otherwise. What God has taught me through my experiences is that by helping others we show love and plant hope, and we should do so because everyone has value, regardless of their circumstance”

Honored to have this image, “Within Herself”,

My favorite stories to tell are family stories- th

My boy and his dog, 365 days before he plans to le

Waiting for our ship to come in.